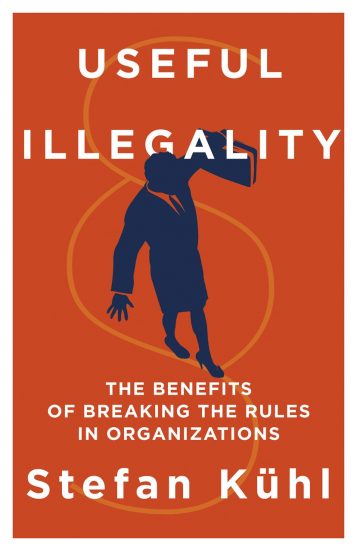 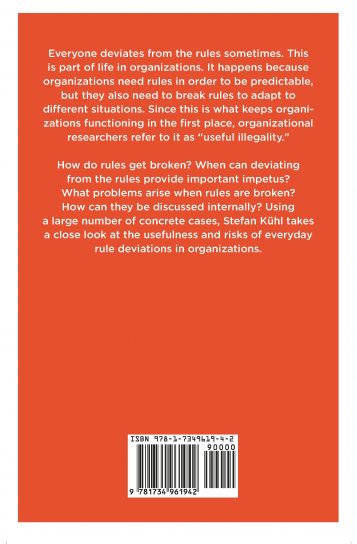 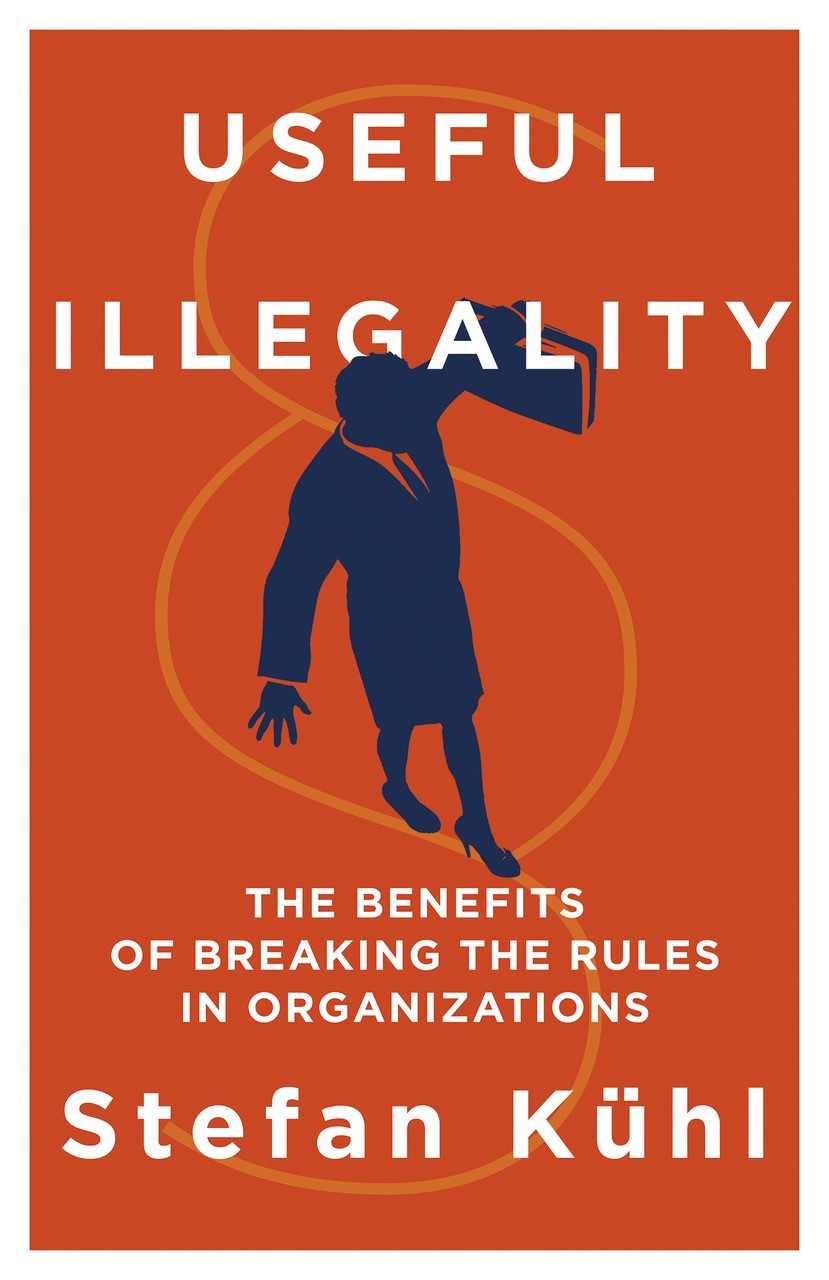 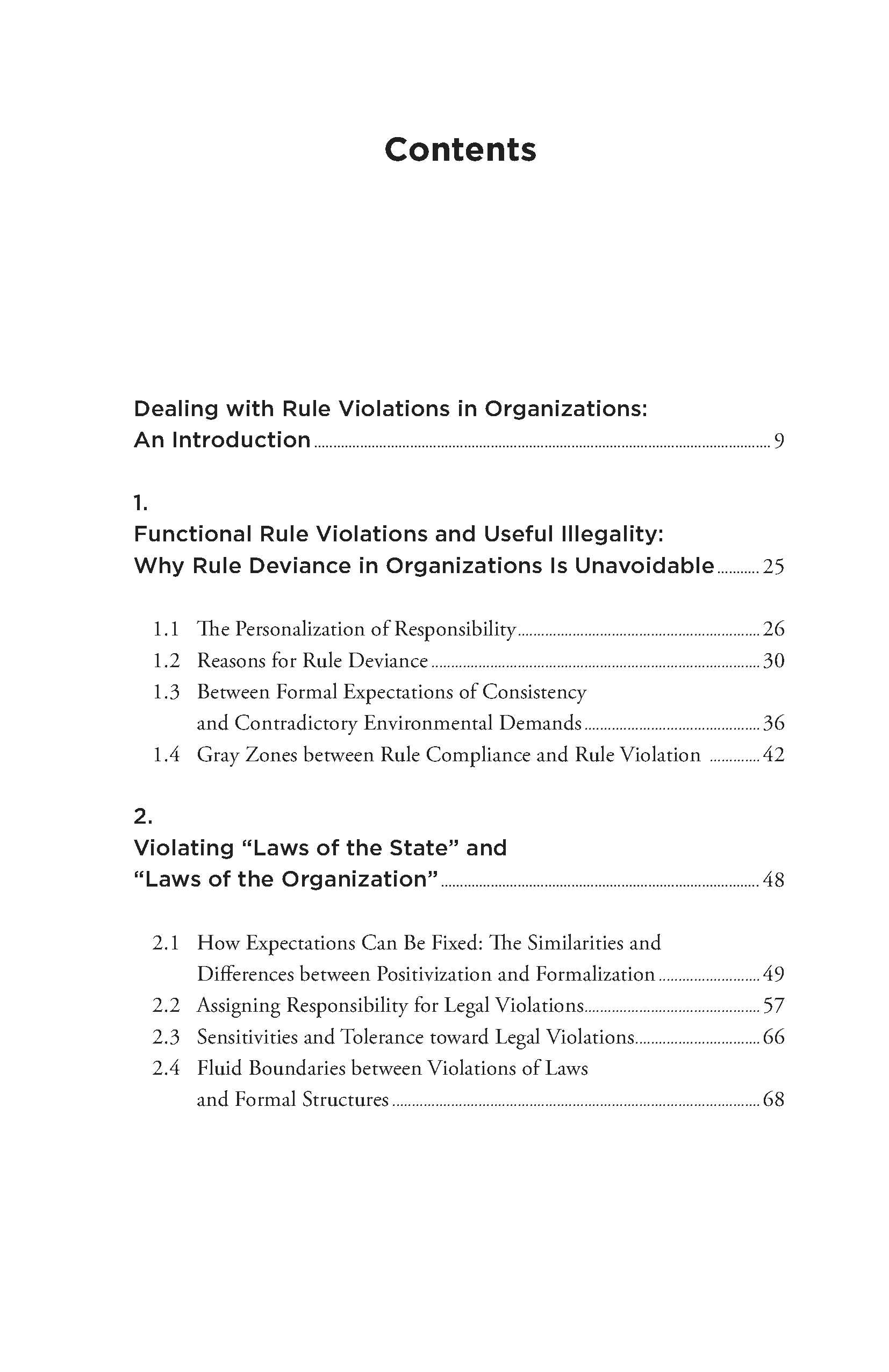 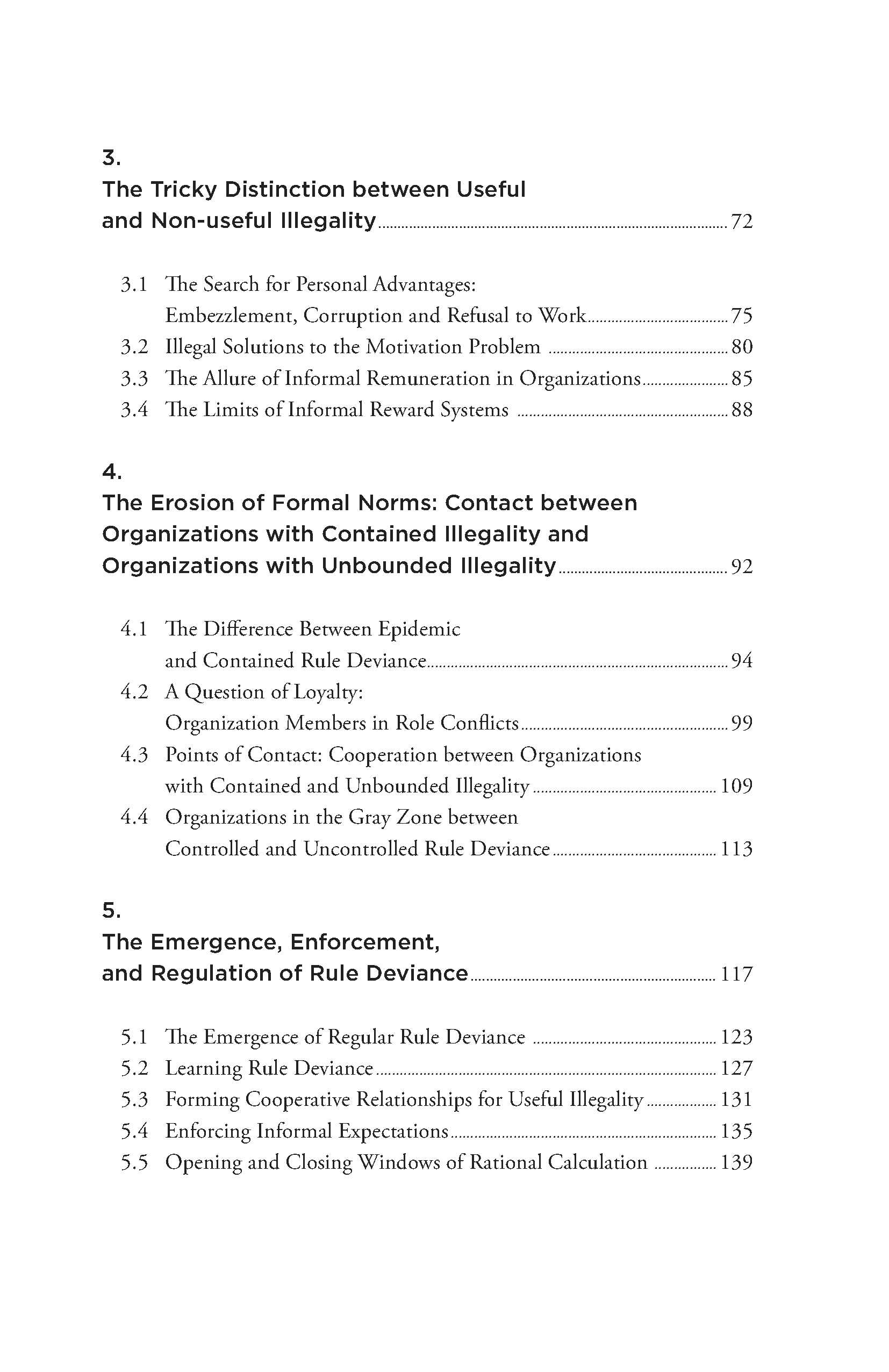 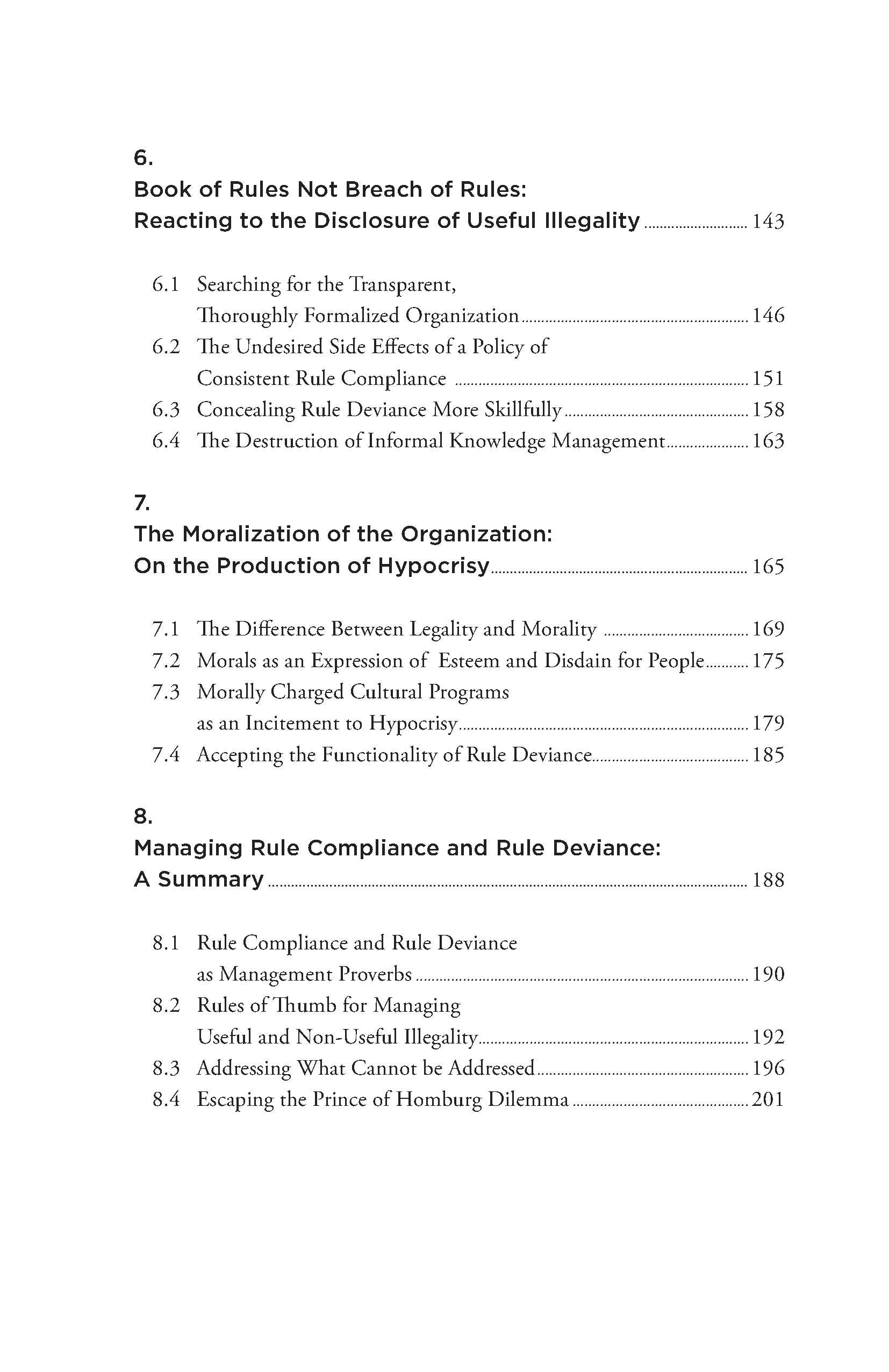 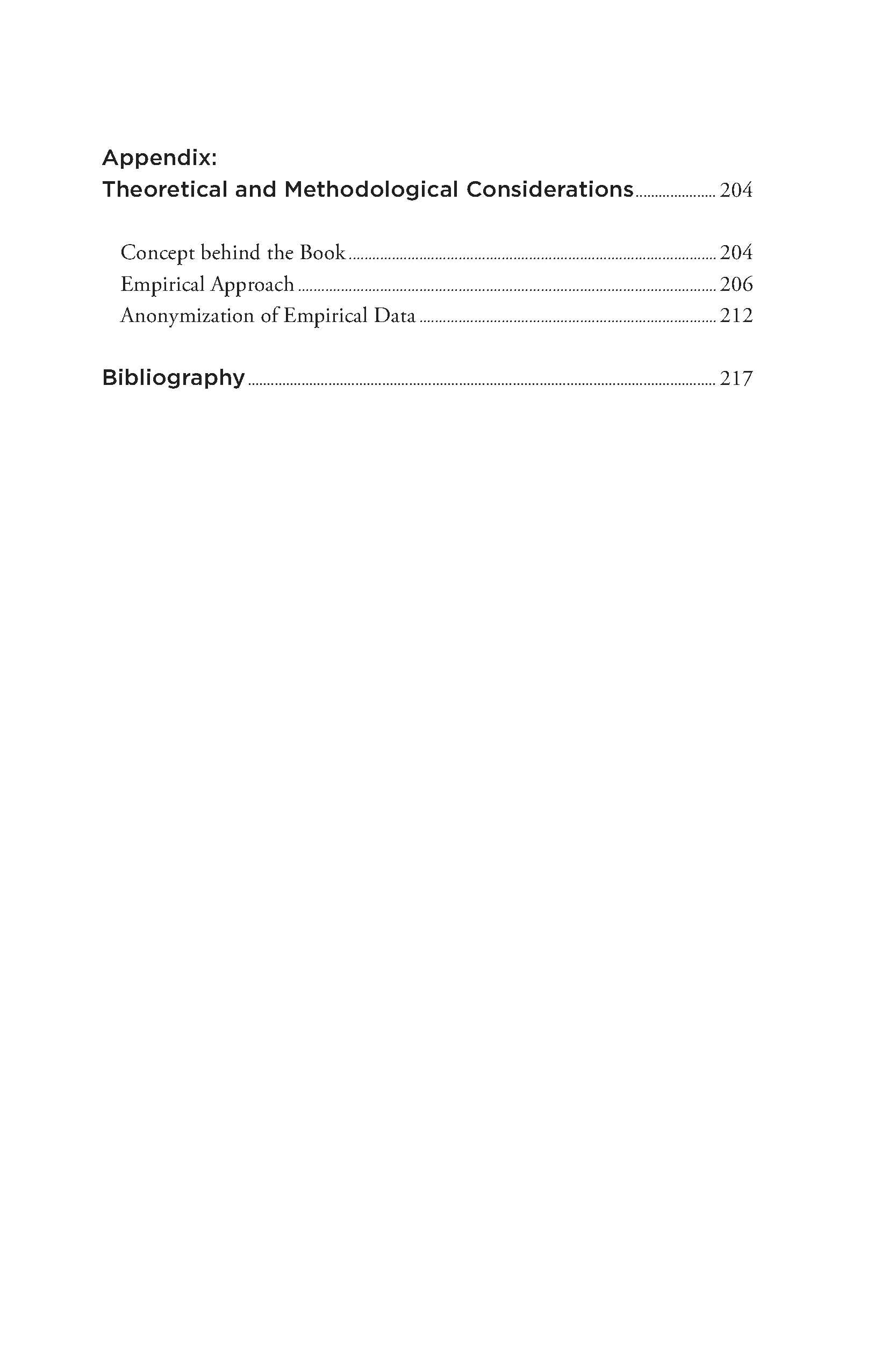 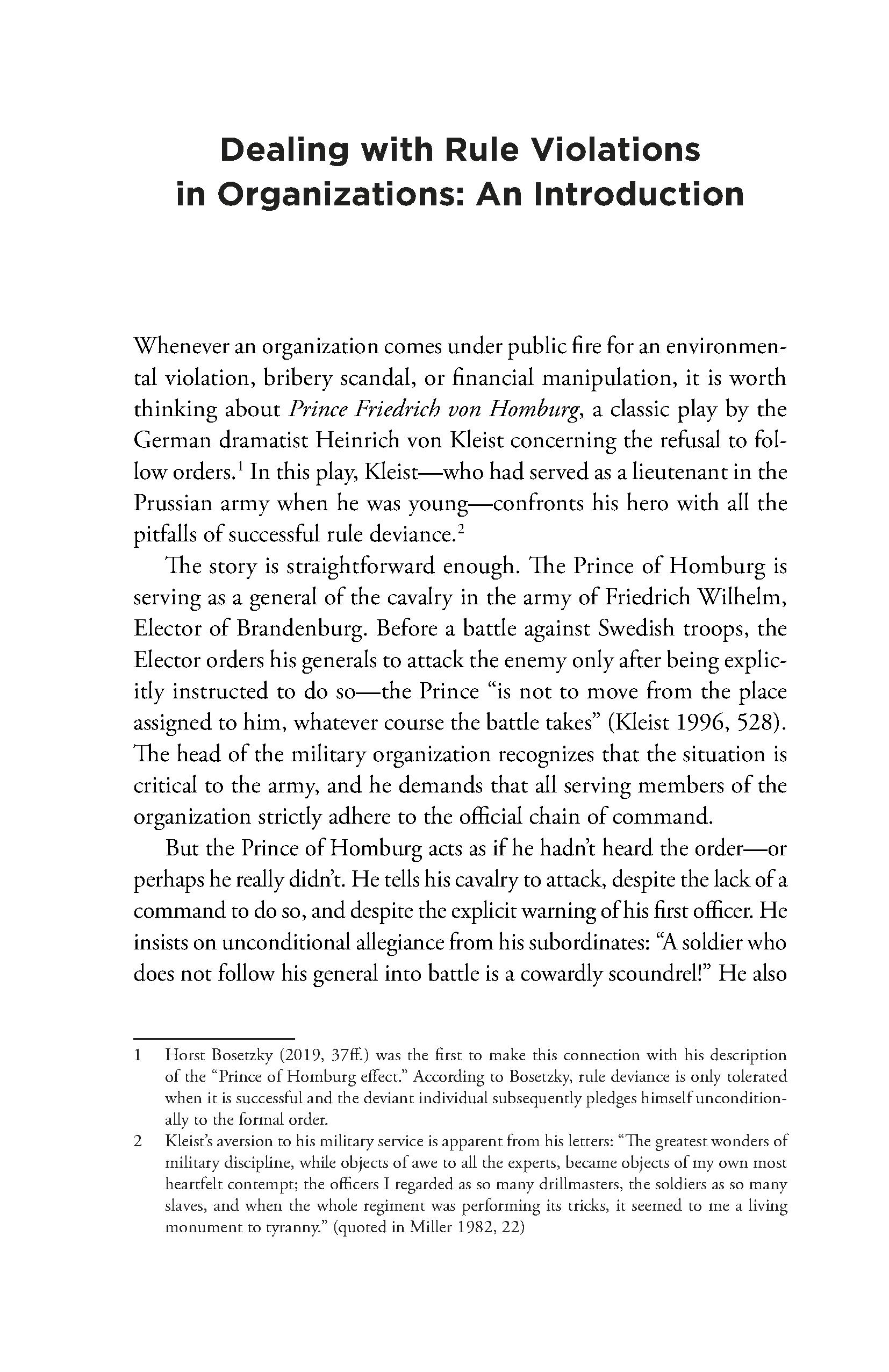 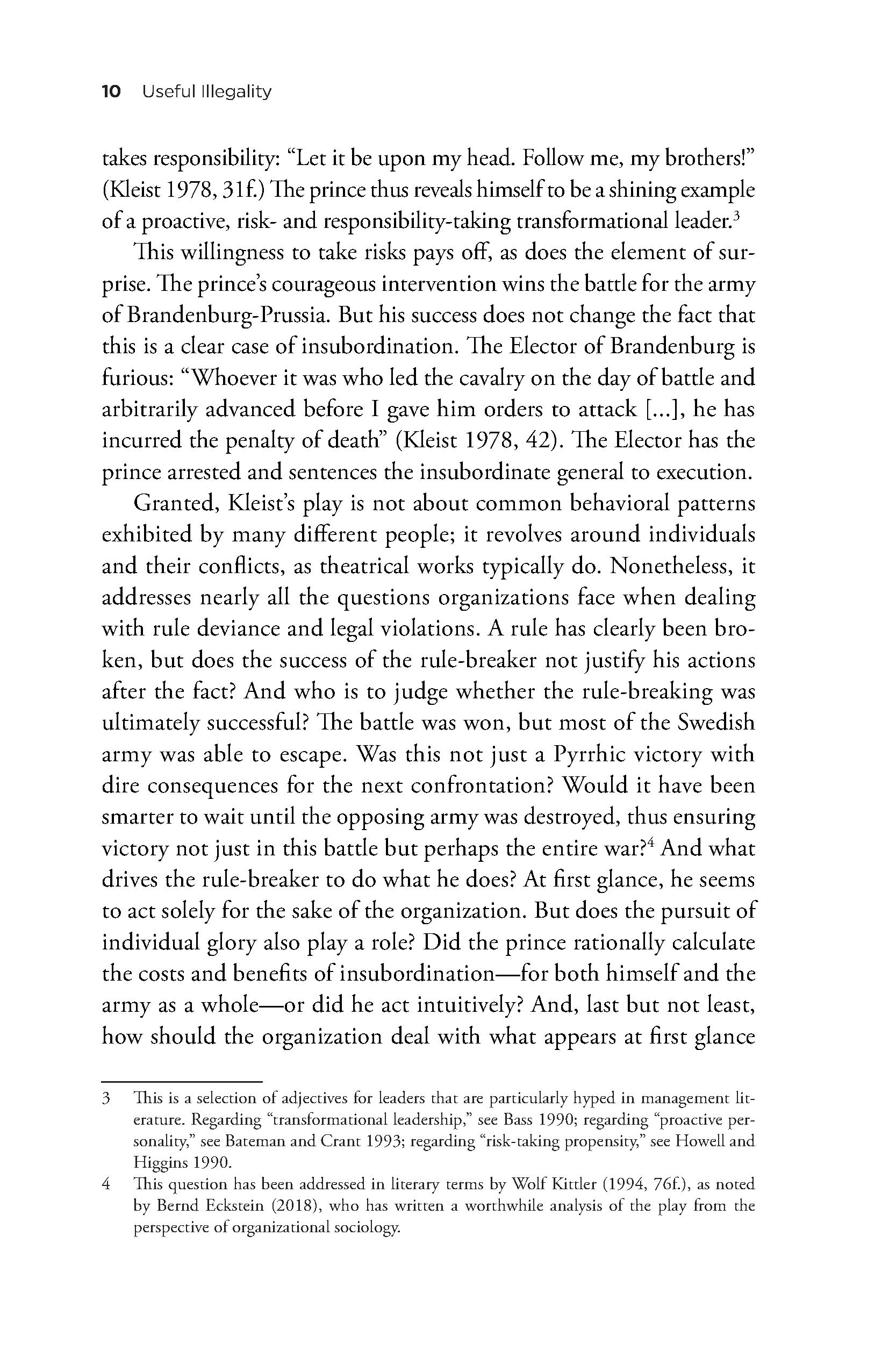 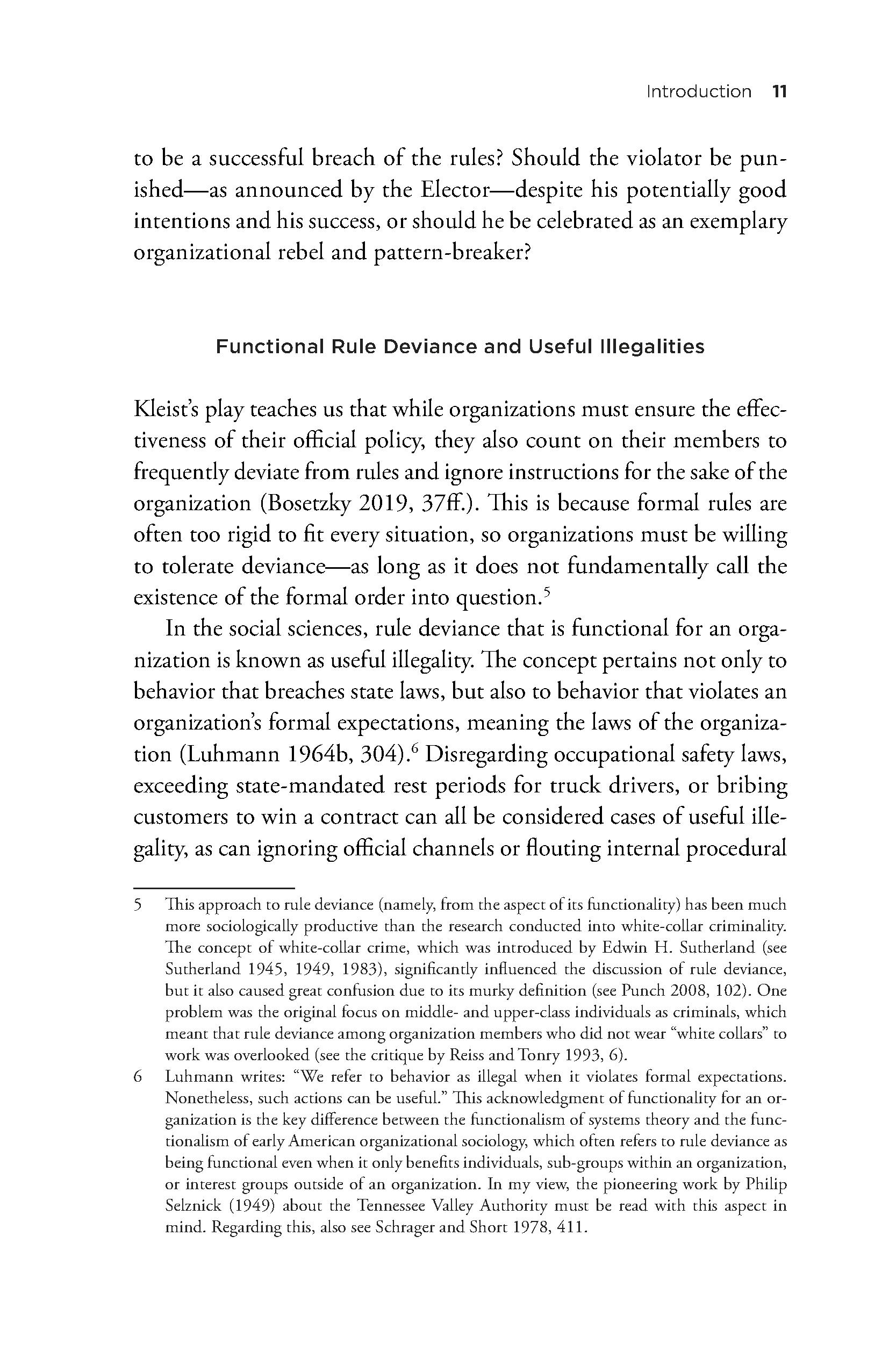 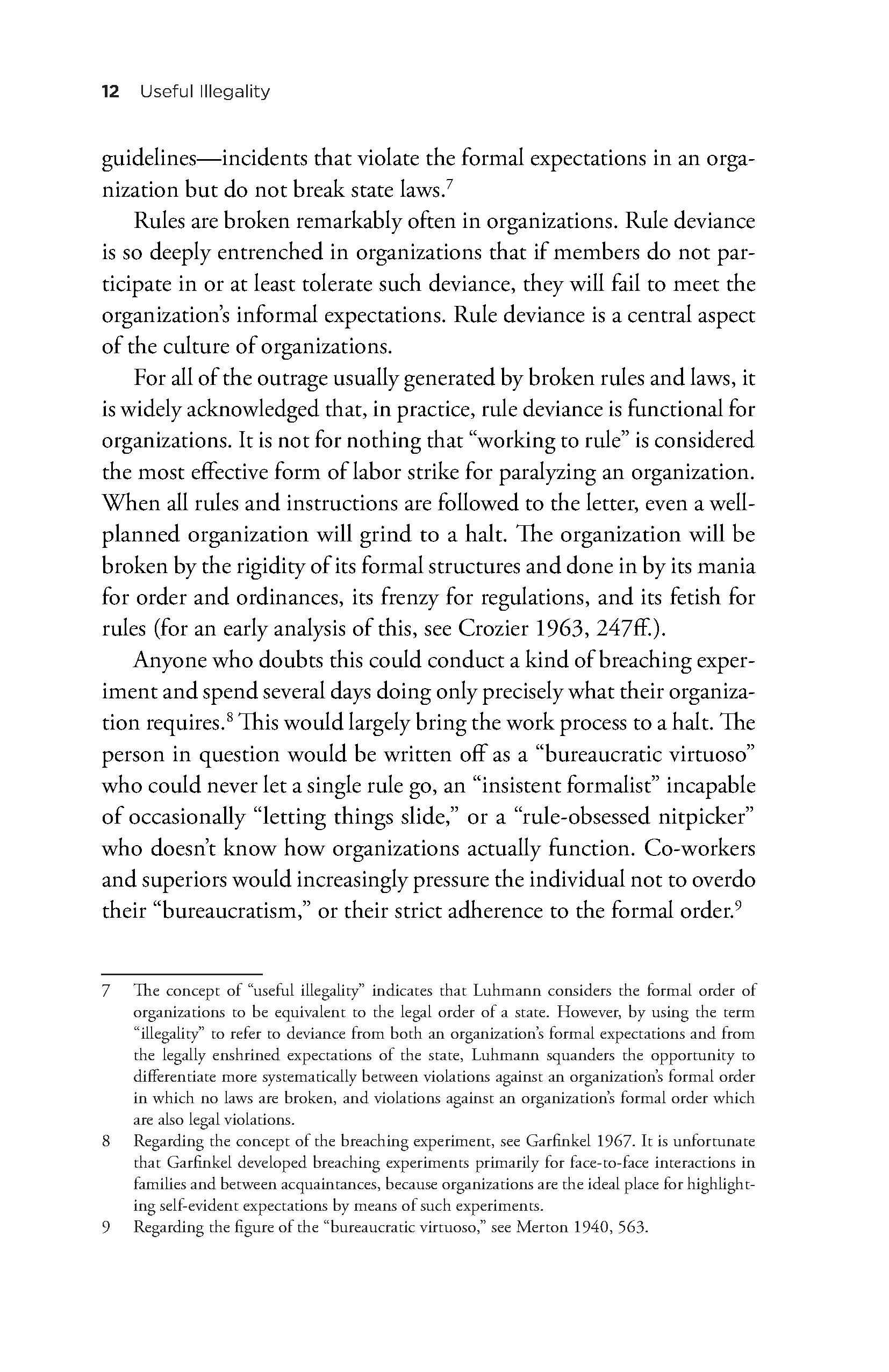 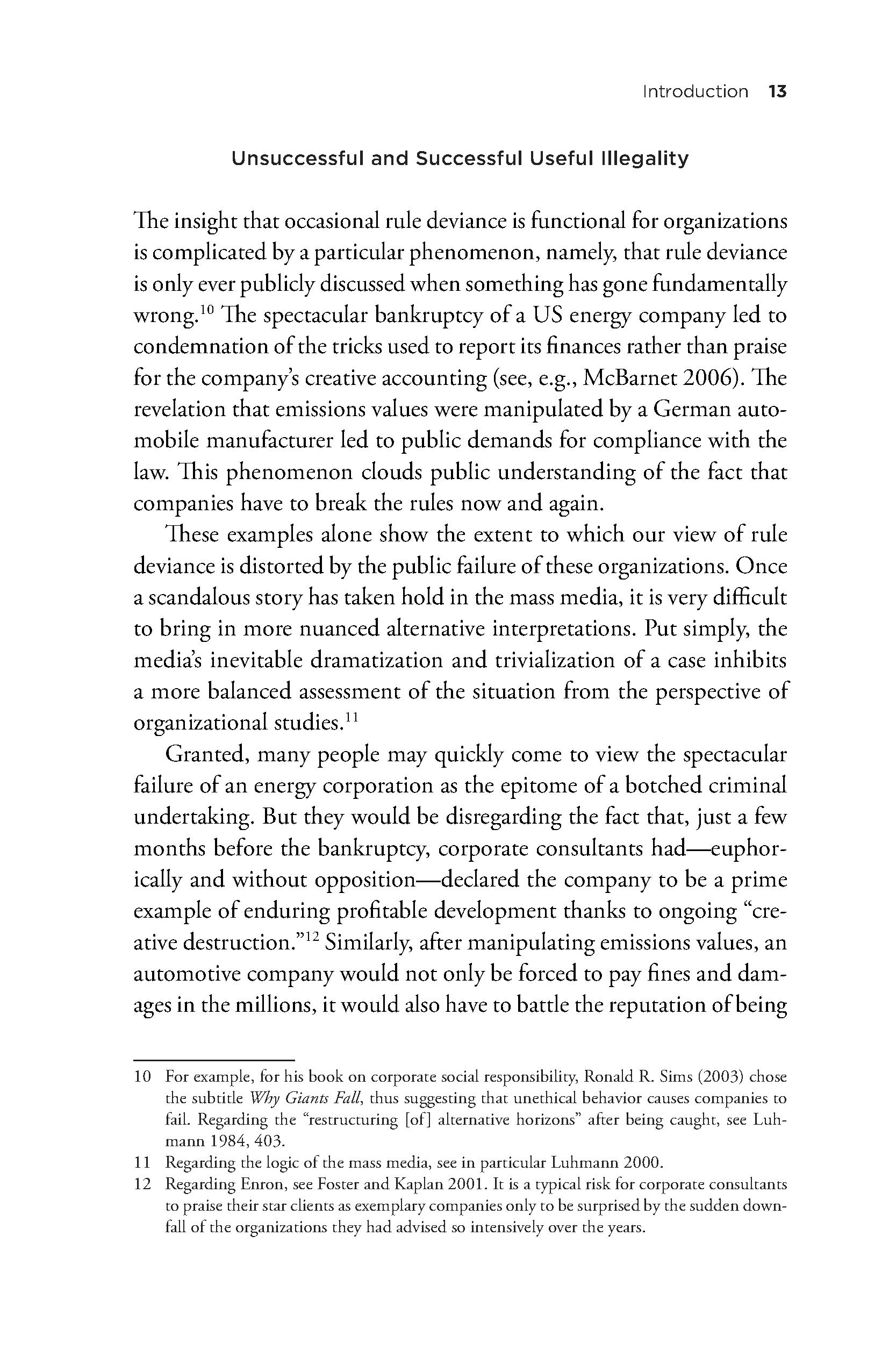 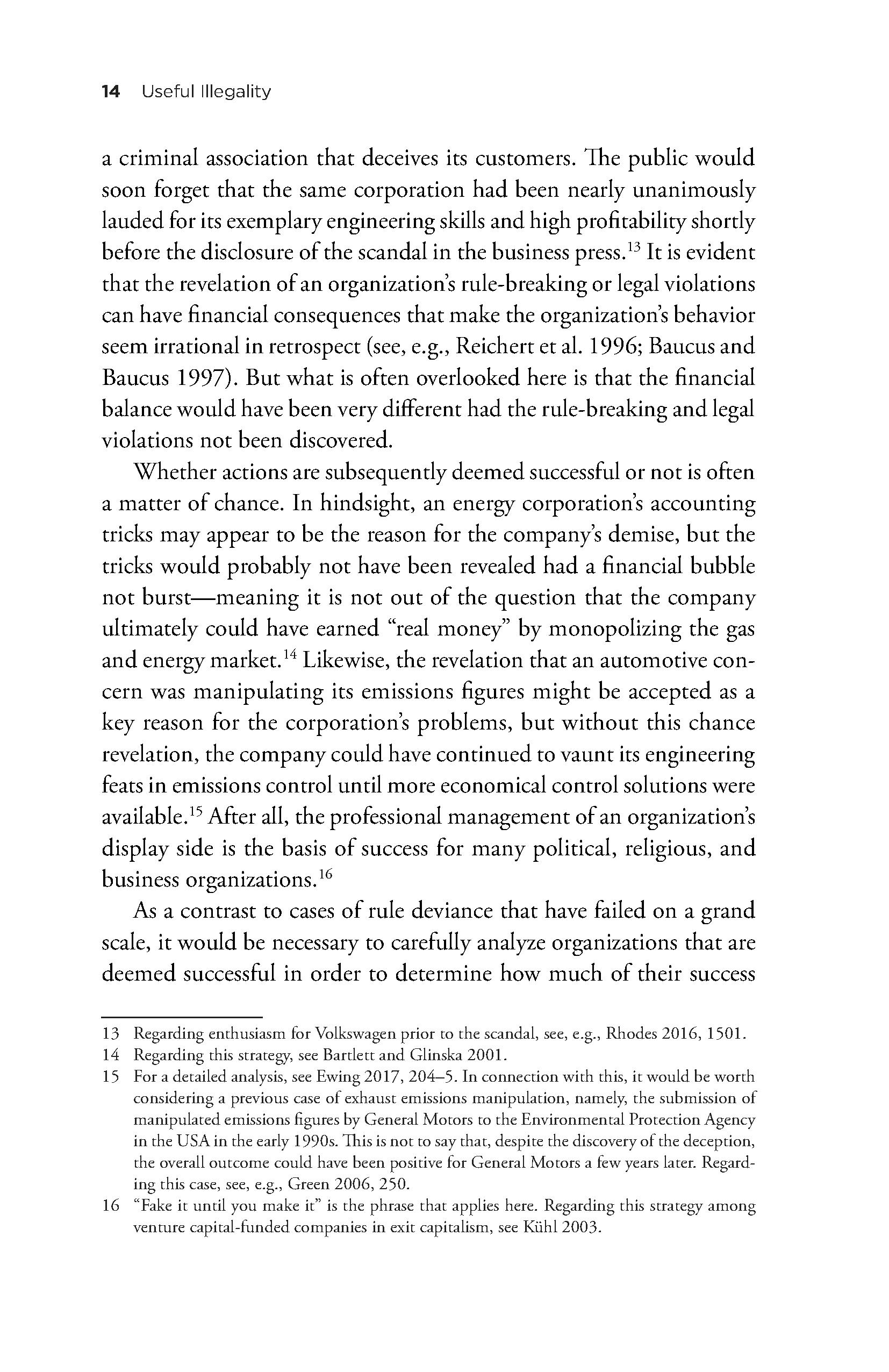 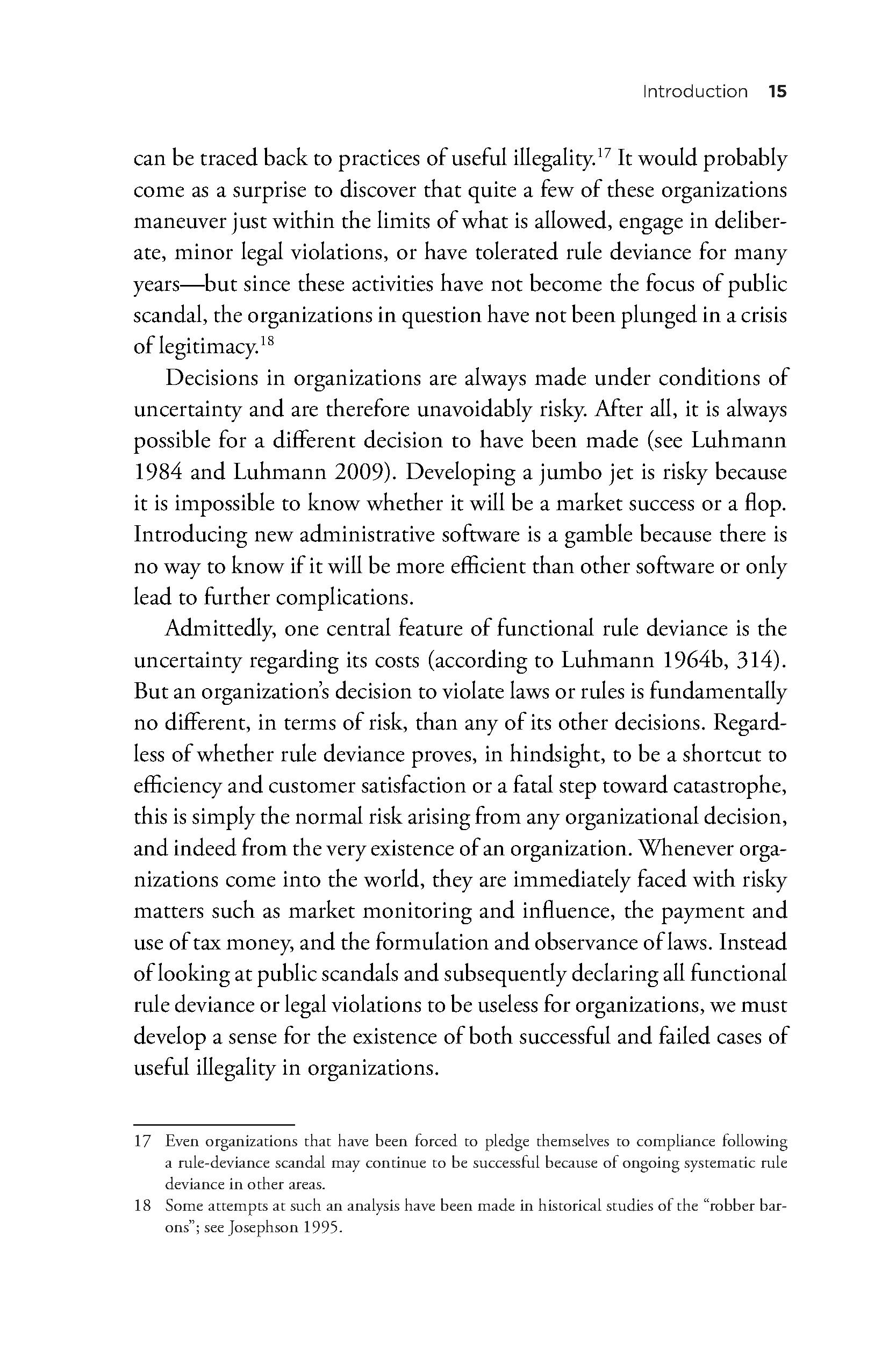 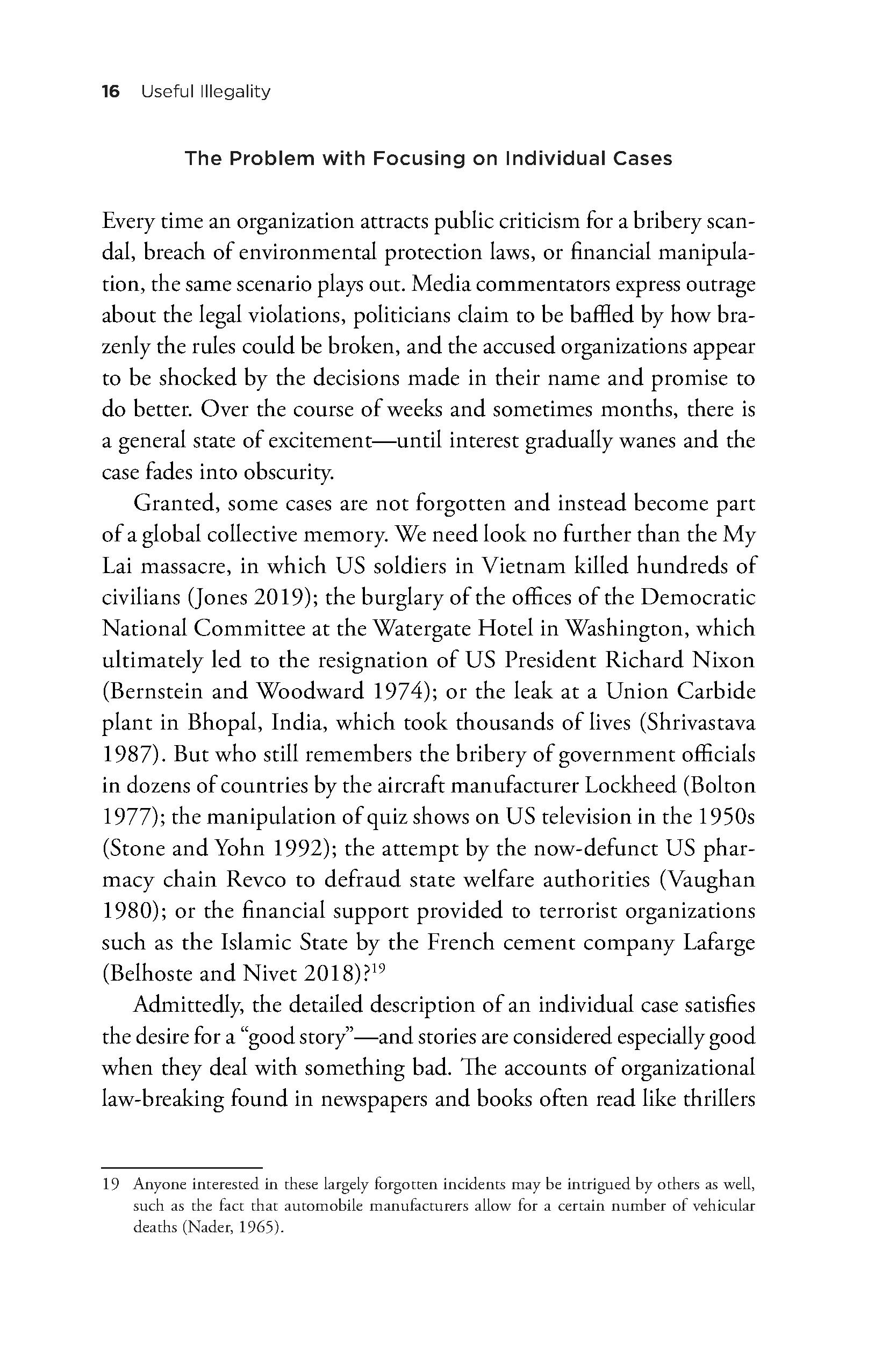 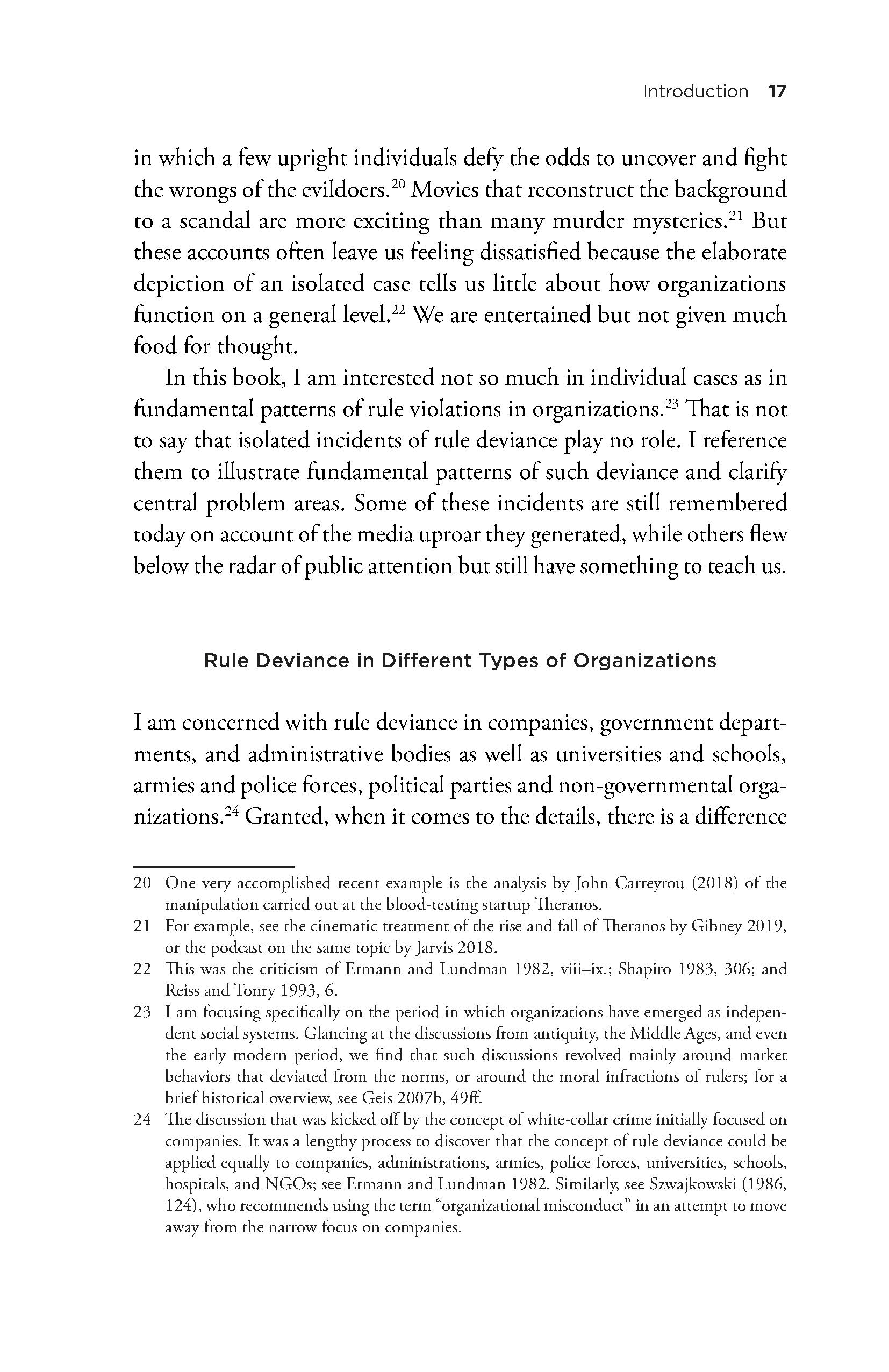 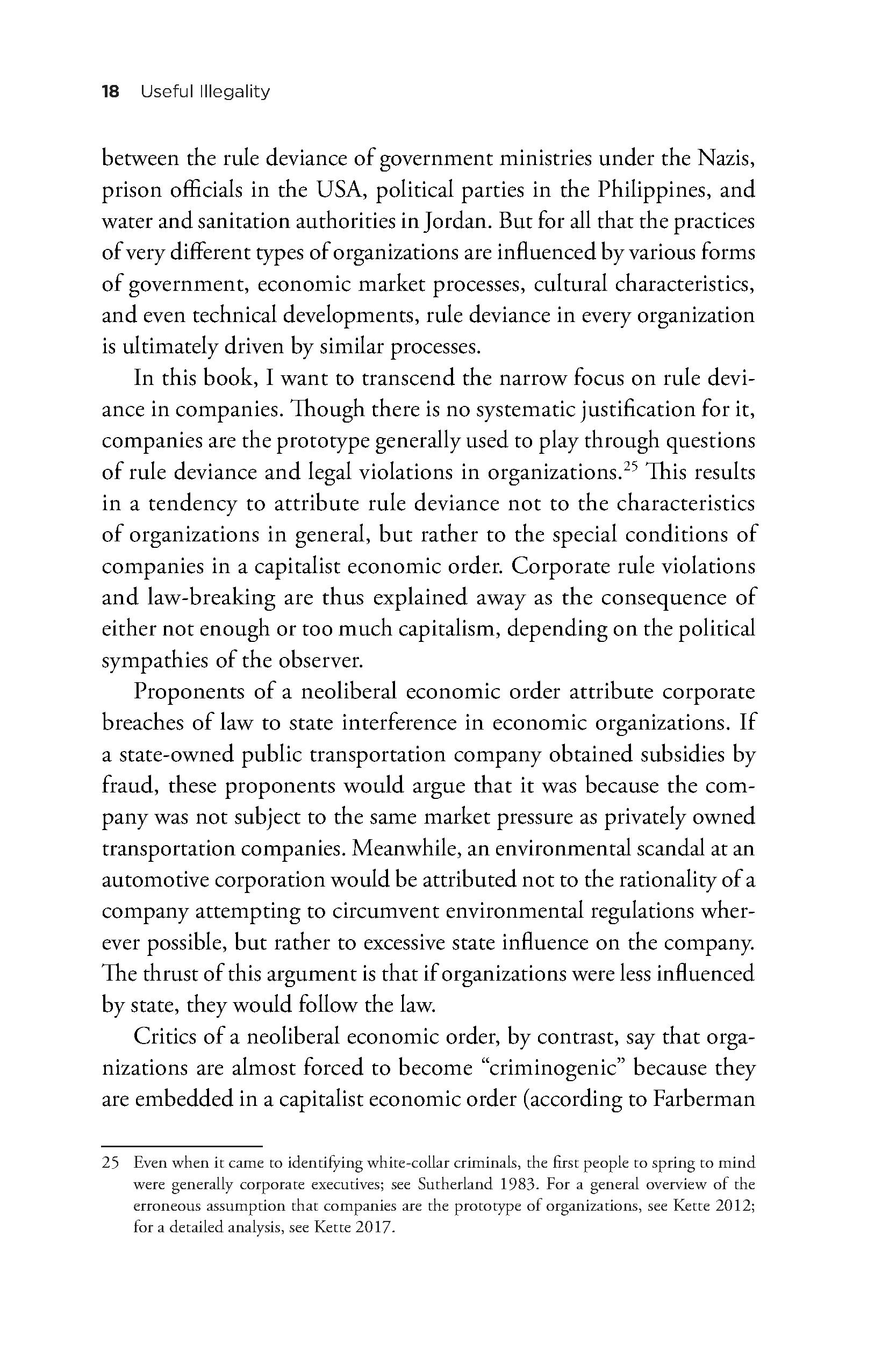 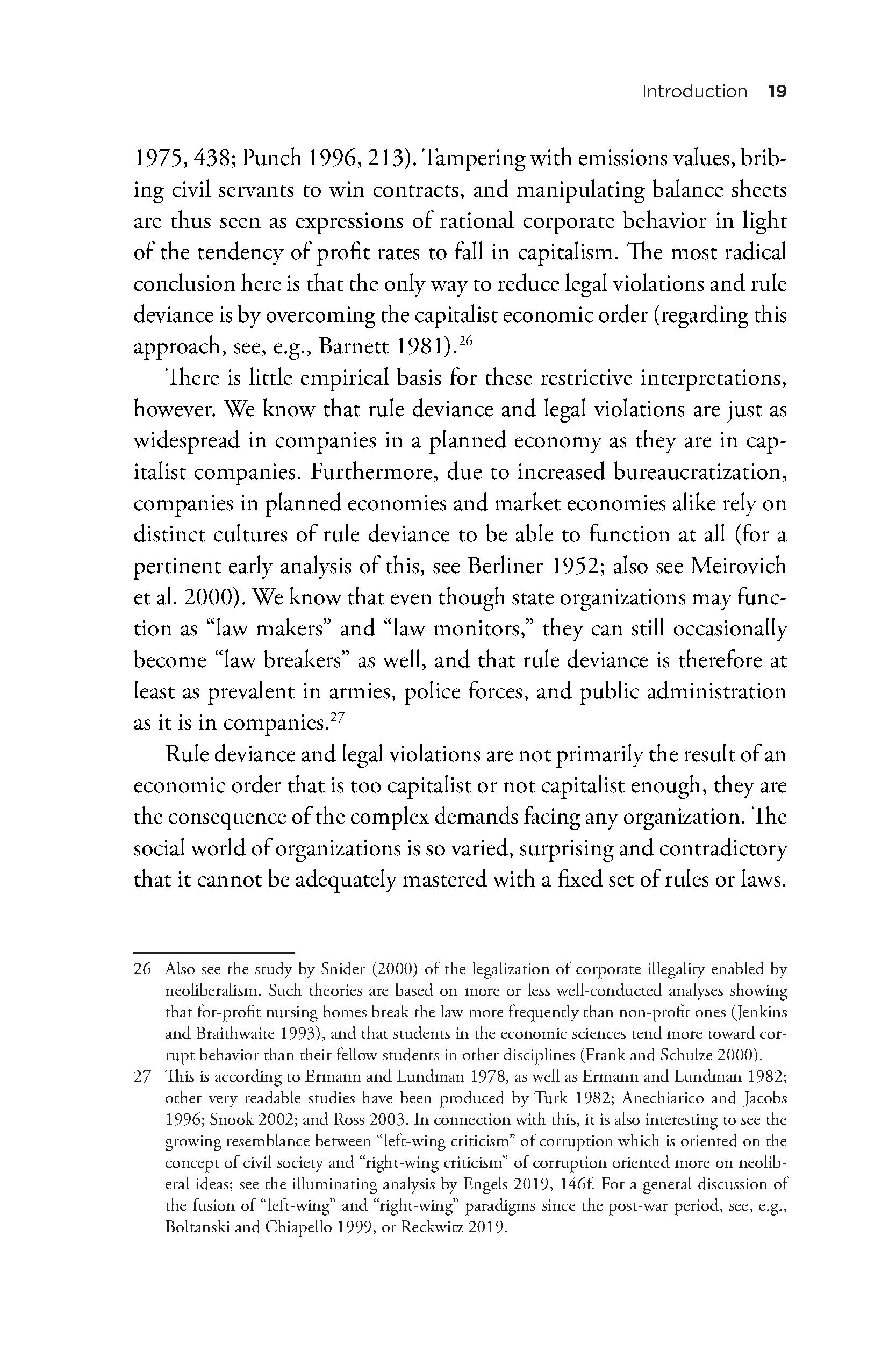 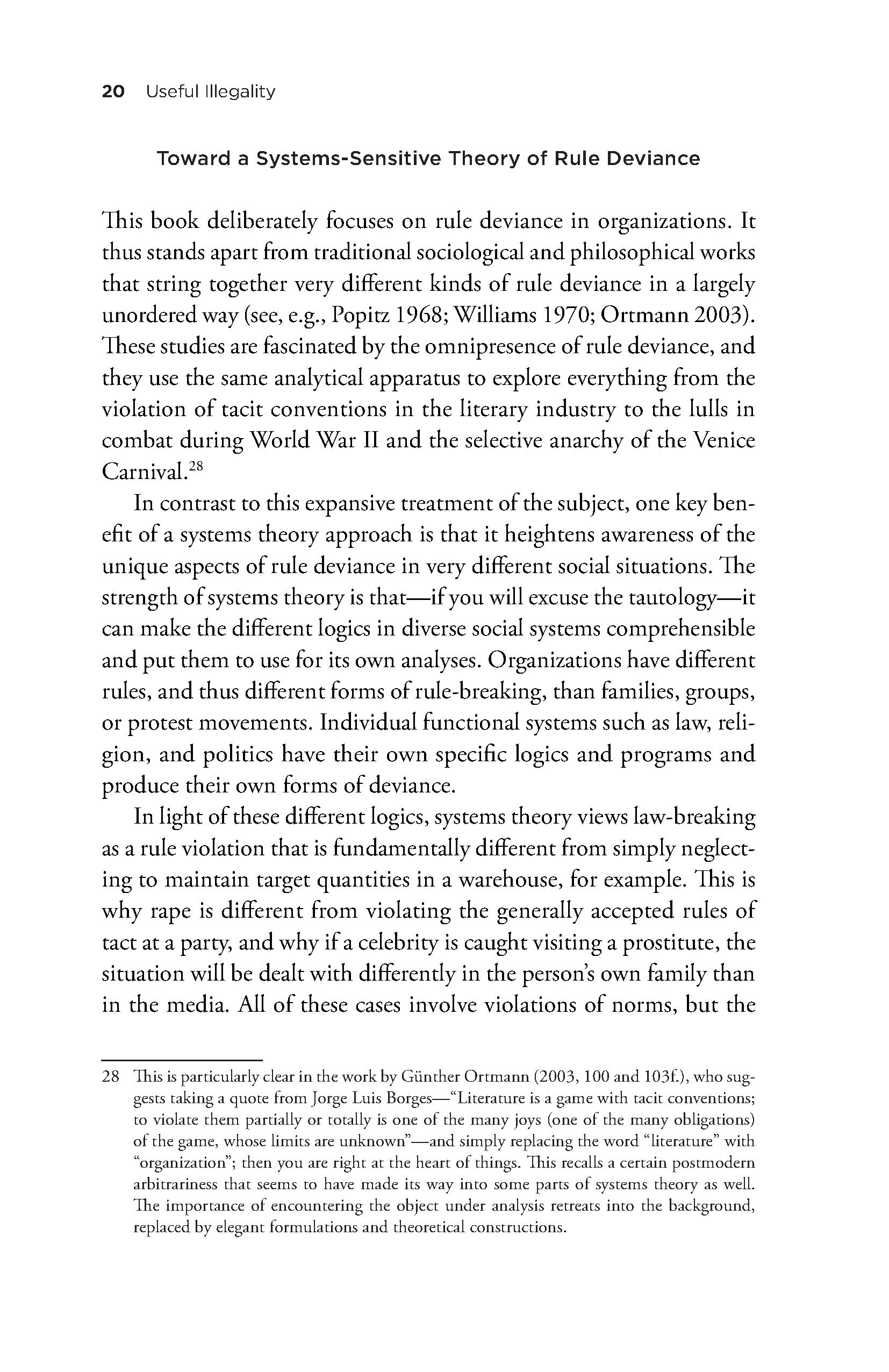 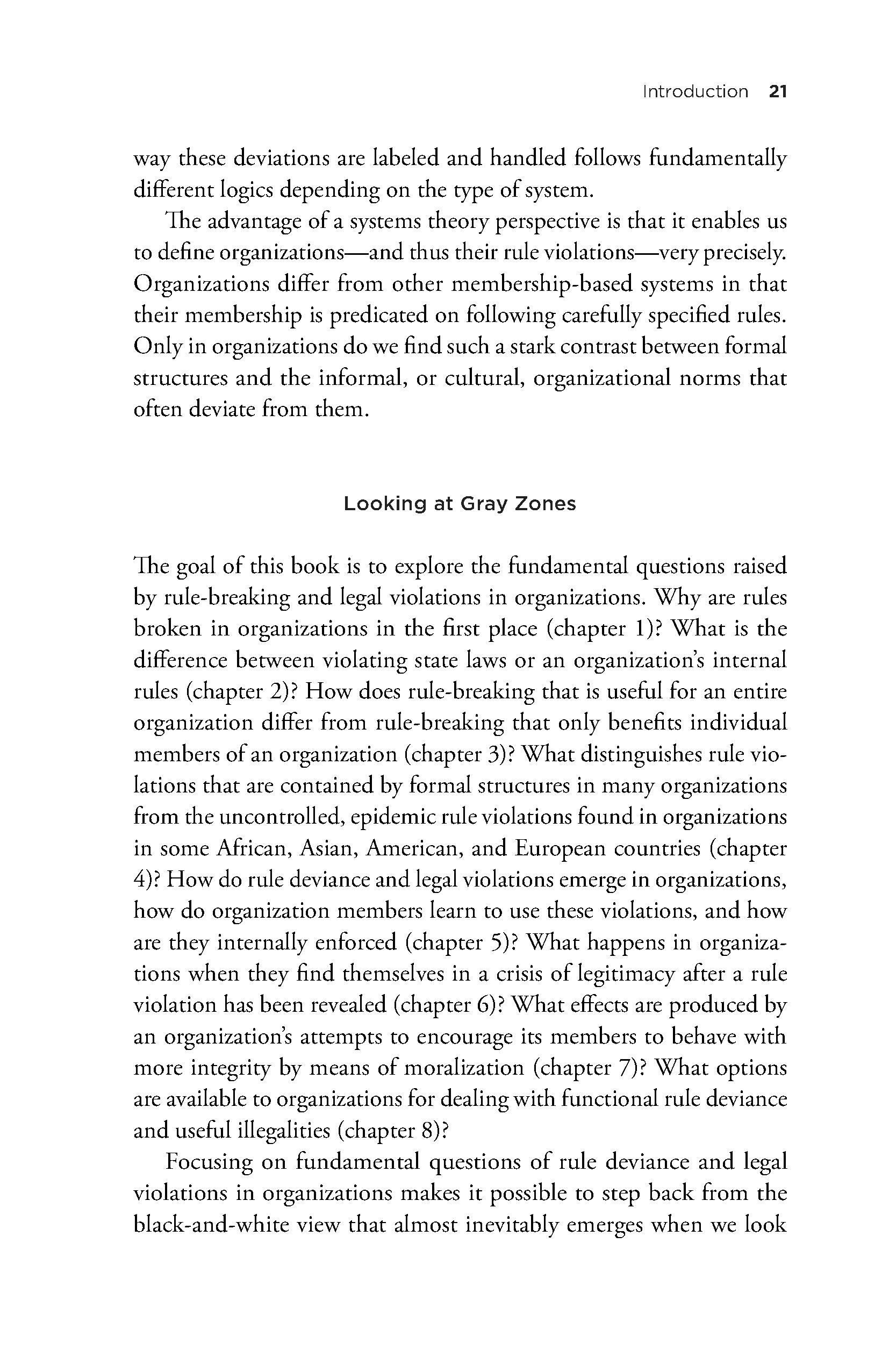 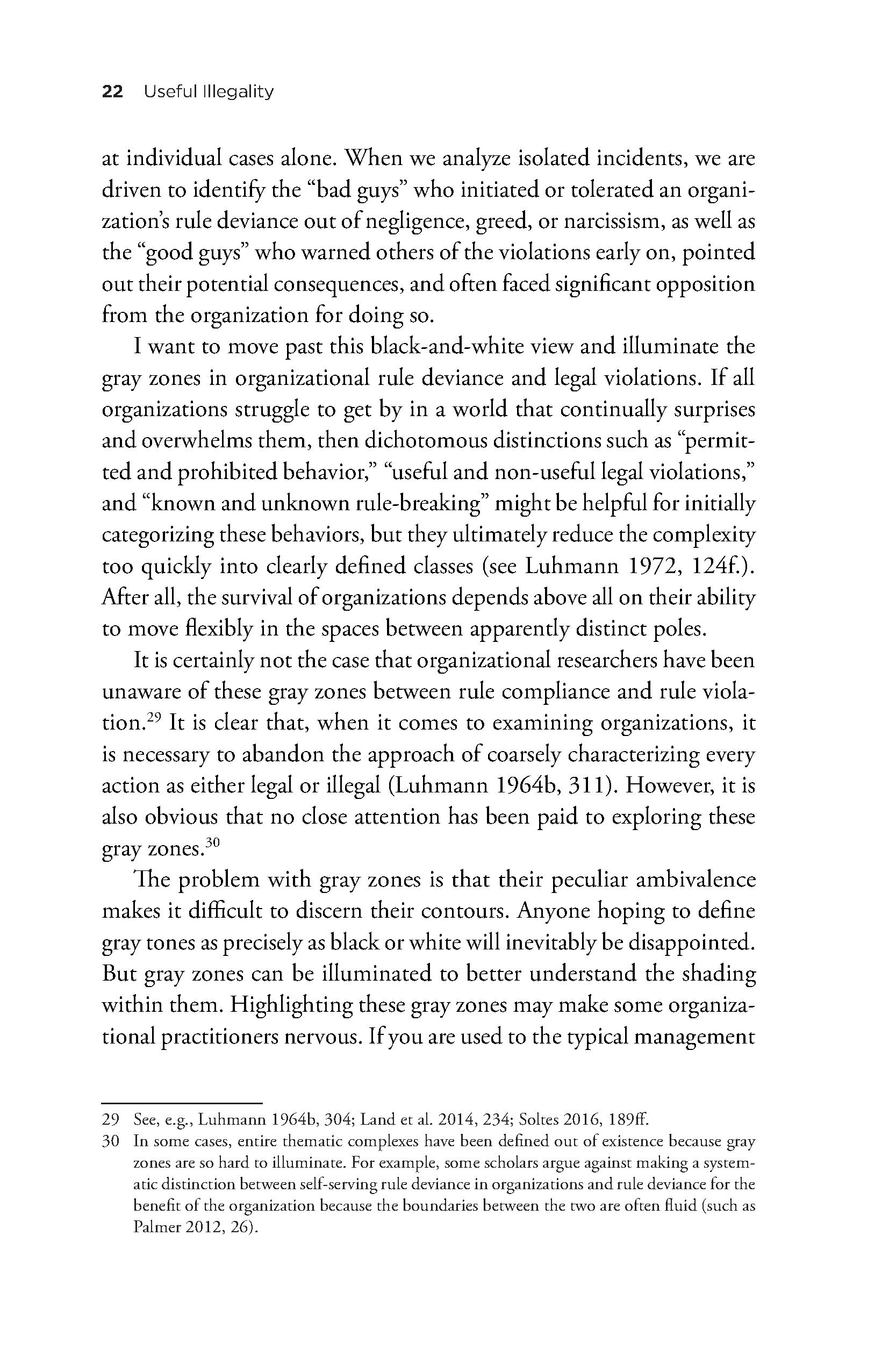 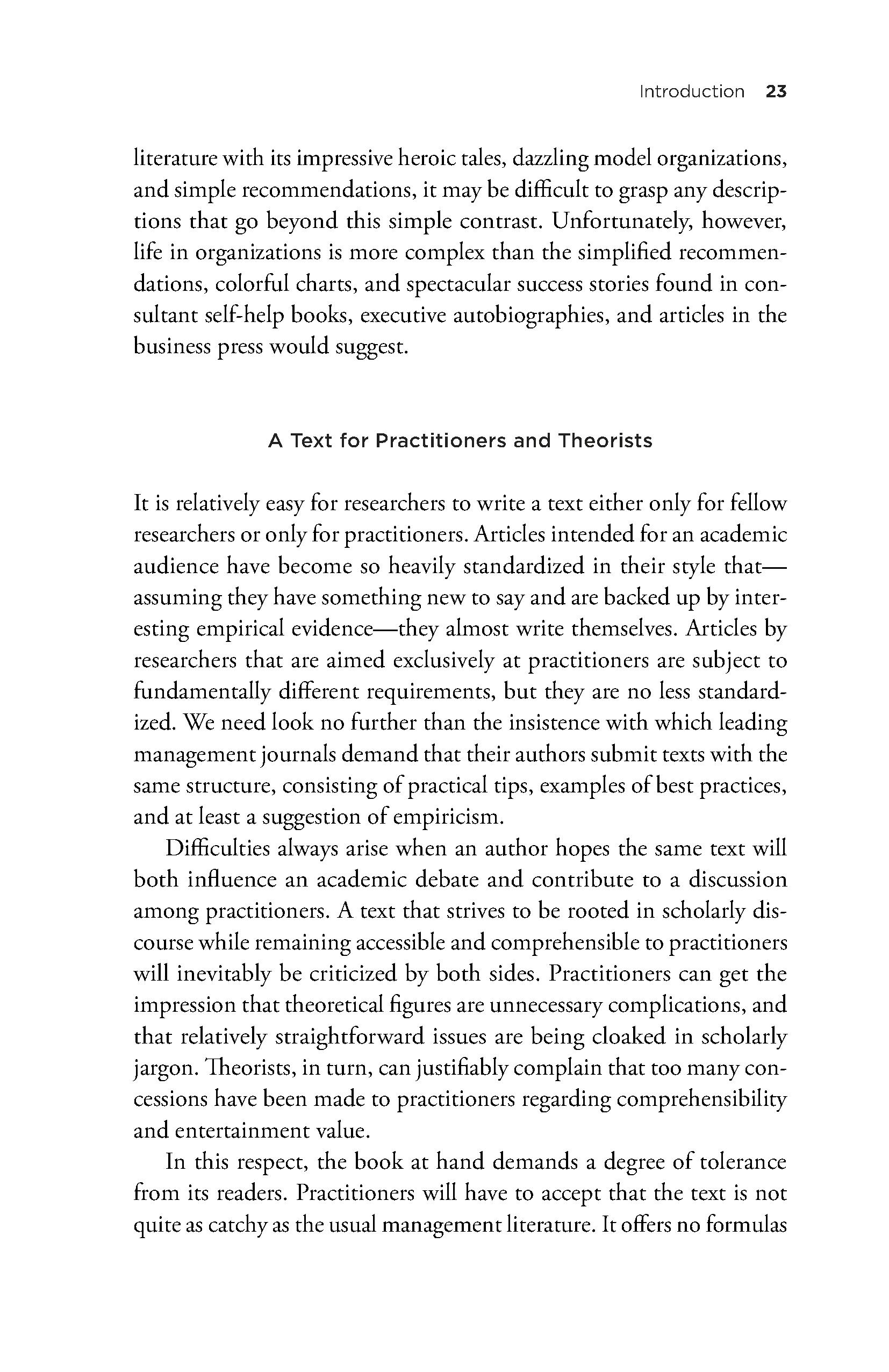 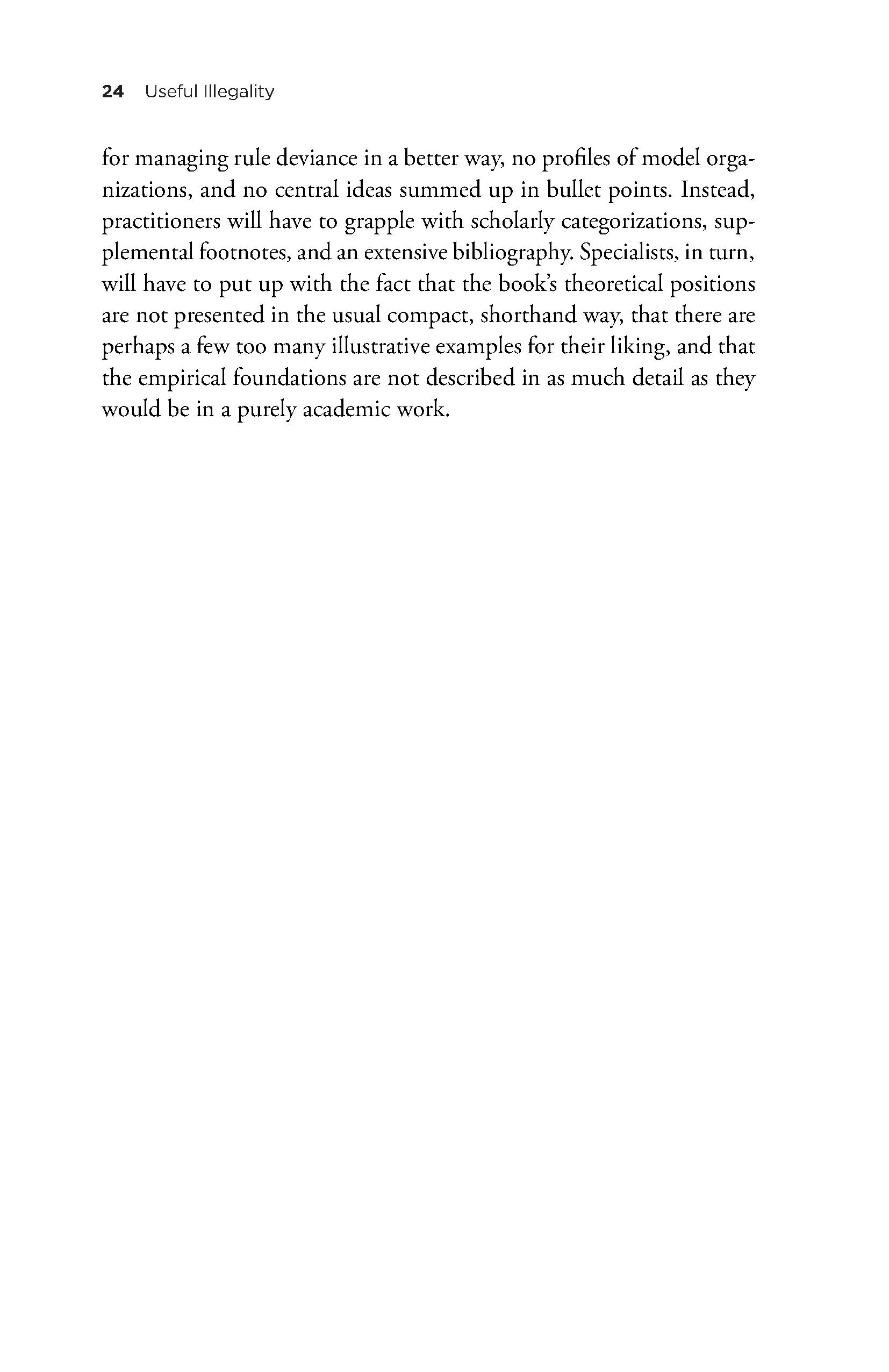 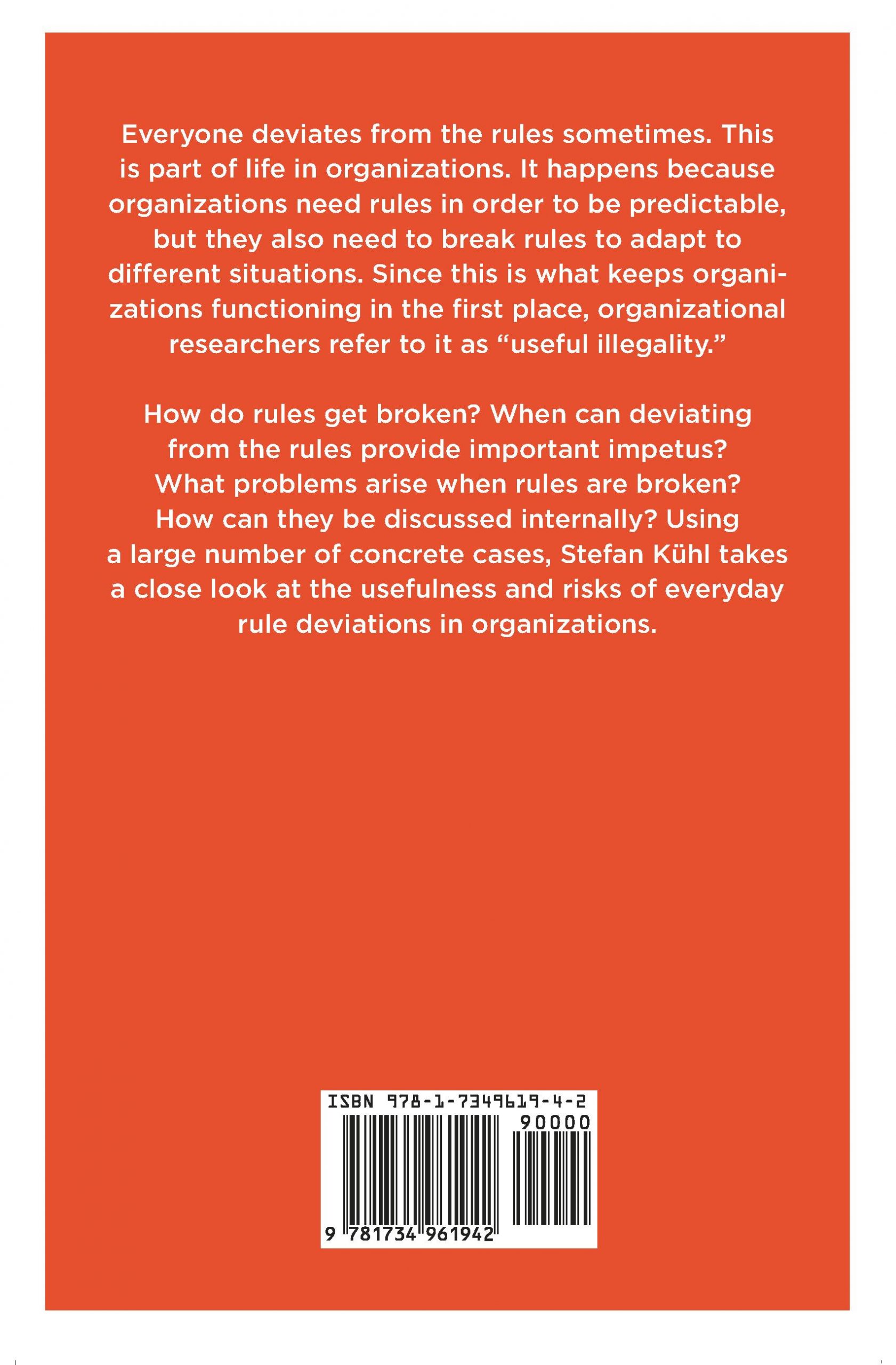 The Benefits of Breaking the Rules in Organizations

How do rules get broken? When can deviating from the rules provide important impetus? What problems arise when rules are broken? How can they be discussed internally? Using a large number of concrete cases, Stefan Kühl takes a close look at the usefulness and risks of everyday rule deviations in organizations.
(for complete description, please scroll down)

You can buy a Paperback-version of this book on Amazon.

Useful Illegality: The Benefits of Breaking the Rules in Organizations

Organizations face a dilemma. On the one hand, they have to ensure the effectiveness of their official policy, but on the other hand, they count on their members to frequently deviate from the rules and ignore instructions for the sake of the organization. This is because formal rules are often too rigid to fit every situation, so organizations must be willing to tolerate deviance—as long as it does not fundamentally call the existence of the formal order into question.

For all of the outrage usually generated by rule-breaking and legal violations, it is widely acknowledged that rule deviance is functional in organizations. It is not for nothing that “working to rule” is considered the most effective form of industrial action for paralyzing an organization. When all rules and instructions are followed to the letter, even a well-planned organization will come to a standstill. The organization is broken by the rigidity of its formal structures and done in by its mania for order and ordinances, its regulation frenzy and its rule fetishism. But this insight is quickly forgotten when a media scandal erupts around an organization that has broken a rule or law.

When the Monkeys Run the Zoo