The short-circuit in the discussion on digital transformation

If one is to believe the rhetoric of management and consulting, it would seem as if the increasing digitalization of products and services will lead to companies having no stone left upon another. Possibilities for processing larger and larger amounts of data, advancements in robotics and groundbreaking development in the creation of artificial intelligence result, according to the general consensus, in less predictability for companies. What is needed are new, more agile organizations in which employees are able to work together beyond the confines of their own departments. We are talking about nothing short of a revolution that should take place in companies everywhere.

Without a doubt, the business fields of many companies are currently undergoing changes. For telecommunication companies digitalization is dissolving the boundaries between telephoning and the Internet more and more; publishing houses are changing from being distributors of printed magazines and books to becoming providers of bite-sized scraps of information; and automobile manufacturers are driven more and more by the worry that digitalization will soon render cars with combustion motors obsolete. These changes in the business fields of companies are obvious, yet the belief that fundamentally new markets will necessarily lead to fundamentally new organization structures can be seen as somewhat of a fallacy; an intellectual ‘short-circuit’.

Admittedly — the adjustment to changed markets inevitably leads to a re-customization of departments, an adjustment of hierarchies and a change of the formal programs in companies. But is it true that, as proclaimed, the structuring of departments will become obsolete, the grading of responsibilities into hierarchies will become a thing of the past and that putting down in writing what is expected of employees will lose its significance, perhaps even disappear altogether? Will we actually witness a proper organizational revolution?

Firstly, regarding the dissolution of departments: In light of digitalization, the word ‘department’ has become something of a dirty word. Consequently, companies that fail to adapt to changed markets suffer from silo mentality. With plenty fanfare, large companies are announcing the dissolution of this silo mentality. If, however, work processes are created to correspond to products, processes and projects instead of functions, this will not help abolish silo thinking — it will merely result in the creation of new kinds of silos.

Secondly, on the reduction of hierarchies: According to popular opinion, hierarchies will become increasingly counterproductive as a result of digitalization. Instead of fixing leadership claims once and for all in a hierarchy, these leadership claims would instead fluctuate between co-workers depending on their competencies and availability. Even if only very few companies dare announce their farewell to hierarchies, there is at least an undeniable propagation of both a reduction of and a stronger permeability between hierarchical levels. However, the fact remains that, firstly, hierarchy is still kept a central structuring form, which begs the question of who is actually in control at any one time. Additionally, the flattening of hierarchies may actually lead to the strengthening of the influence of the highest hierarchical levels, as one would tend to get rid of the middle hierarchical levels and not the higher ones. As a poignant example that digitalization does not dissolve hierarchical differences of status, it is enough to look at daily email traffic at work: while high-ranking managers write ‘modern email notes’, often with careless or highly adventurous spelling, middle management makes an effort to use a thorough, often excessively diplomatic style in their communications to the higher echelons. As a marker of agility, the occasional exclamation points and pithy sentence are certainly permitted, just as long as they are used in moderation.

Thirdly, regarding the de-formalization of organizations: The prompt reaction to changes in the market is said to make it necessary to abstain from fixing programs too rigidly. Instead of top-down programs, employees should have the possibility to adjust programs autonomously. Admittedly, companies can naturally grant their employees the possibility of setting themselves their own rules for the realization of defined goals. But they should not deceive themselves into thinking that programs have in any way disappeared; they have simply been redefined. A pinch of realism may be helpful here: whenever the next adjustment is due and whoever’s task it may be to carry it out, it will be defined by an informal hierarchy instead of a formal one. Whoever believes that their company can afford foregoing the programming of goals and processes should take a good look at the internal processes at Facebook, Google or Microsoft. Compared to these pioneers of digitalization, there is a number of production plants and automotive suppliers that come across as showcase models of de-bureaucratized companies.

In management and consulting publications there is hardly anything more constant than the proclamation of the necessity of a revolutionary change in companies. As early as the end of the 1980s, beginning of the 1990s, organization consultants, self-proclaimed management gurus and a handful of organizational scientist did not shy away from speaking of the ‘need for a revolution’. So-called ‘stage directions for revolutionaries’ became popular. Calls for ‘real revolutions’, ‘soft revolutions’ or ‘cultural revolutions’ in companies resurfaced with the Internet boom, which was fueled by risk capital funding at the end of the 90s. Thus, these calls for a revolution towards agile organization forms are nothing more than the periodical announcements of essentially new organization forms by overhyped management gurus and agility-crazed consultants every ten to fifteen years. But despite all this talk of organizational revolution, hardly anything has remained as constant in companies as the functional division of labor, hierarchical classification and the structuring of work by programs. 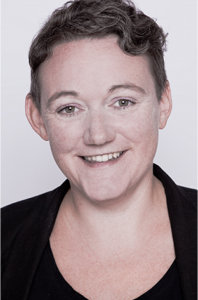 „Judith Muster works as a sociologist for the chair of organizational and administrative sociology at the University of Potsdam in Germany. At the same time she is a senior consultant at the consulting firm Metaplan, where she consults companies in logistics, the automotive sector and the media industry in the areas of digital transformation, re-oranization and strategy development. In her research she focusses on the topics of leadership, the limits of organizing, decision-making and digitalization.“